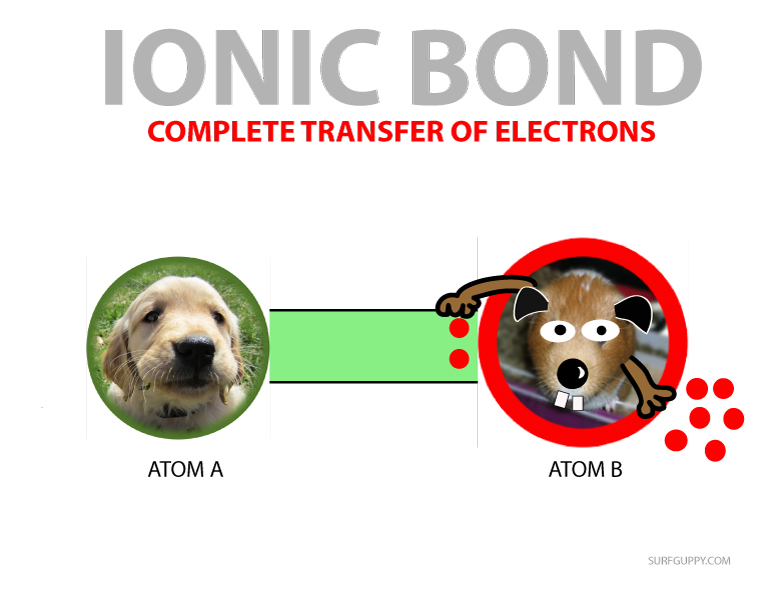 Ionic bonding is the kind of attraction that causes the complete transfer of electron(s) between atoms.

Ionic bond occurs between two very different types of elements such as a metal and non-metal. Their electronegativity values are far apart, one is really strong and the other is weak. So they bond by transferring electrons.

FOR IONIC BOND THE ELECTRONEGATIVITY DIFFERENCE BETWEEN THE TWO ATOMS IS GREATER THAN 1.7.

EXAMPLE OF AN IONIC BOND
SODIUM TO CHLORINE

The electronegativity in chlorine is so strong compared to sodium that it SNATCHES an electron rather than share it. An electron TRANSFERS over from the sodium to the chlorine.

2 thoughts on “What is Ionic Bond”