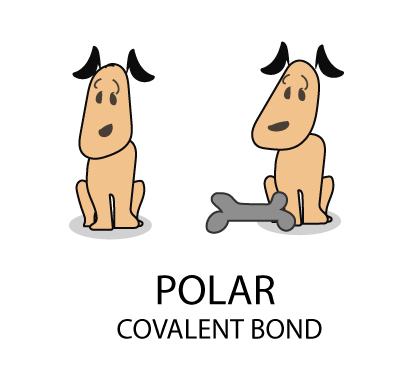 The electrons are unequally shared between two atoms

When a chemical bond involves “the sharing of a pair of electrons by two atoms in a molecule”, it is generally called a covalent bond.

In a polar covalent bond, the electrons are not equally shared between the atoms

The unequal sharing of electrons causes a separation of partial charges within the bond. This separation of charges is called a dipole. 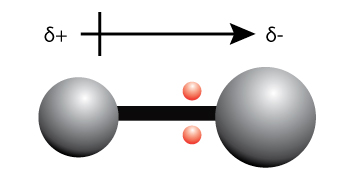 A bond dipole is represented by an arrow as shown in the diagram above. 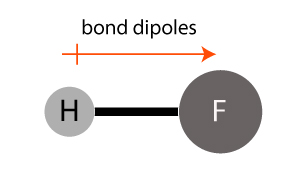 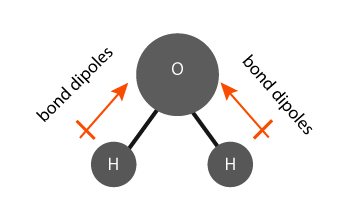