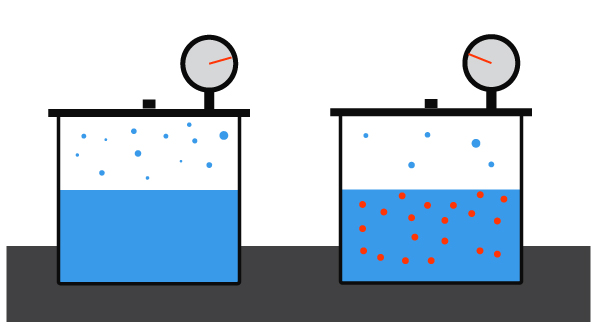 Adding a solute to a pure solvent lowers the solvent’s vapor pressure. For example, water normally boils at 100ºC (212ºF) but if you add a substance like salt to the solution, it decreases the vapor pressure of the solution.

First, recall what the vapor pressure of a liquid is. For a liquid inside a closed container at a given temperature, some amount will evaporate and bounce around, hitting the walls of the container.

The pressure exerted by the liquid’s vapor

is the liquid’s vapor pressure. 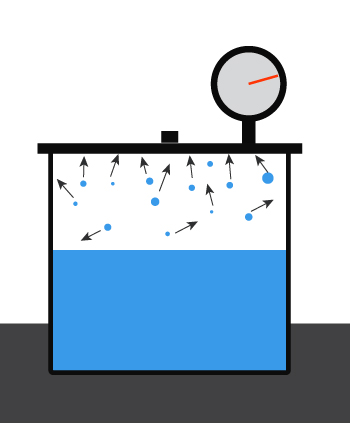