In 1784, a French physicist and clergyman named Jean Antoine Nollet made an interesting discovery. He filled a pig’s bladder with a concentrated solution of alcohol. He then put the bladder in water and the bladder expanded!

So why is the water moving into the bladder? And none of the alcohol escaped from the pig’s bladder?

This interesting process is caused by a phenomenon called osmosis which you learn in biology. The fact that there is movement of molecules from a lower concentration of solution (water) to a higher concentration (alcohol solution) is caused by the osmotic pressure built up.

Although a pig is quite thick skin, it’s bladder isn’t – lol!

Use the diagram below to help you visualize the concentration of water molecules – there are more on the outside than inside.

“Concentration gradient” is a term used for measuring the difference in concentration between the two areas separated by the semi-permeable membrane.

Water moves down the concentration gradient in osmosis. 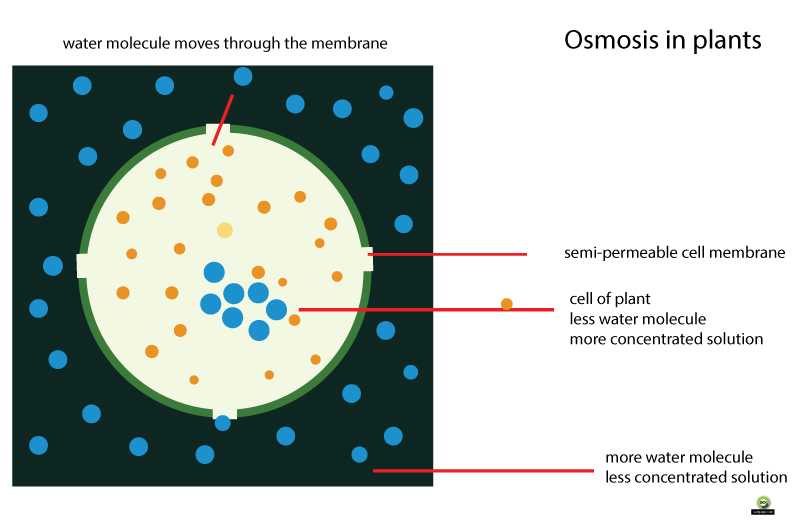 Osmotic equilibrium is achieved when the hydrostatic pressure is equal to the osmotic pressure. That means that the osmosis process stops or come to a halt.