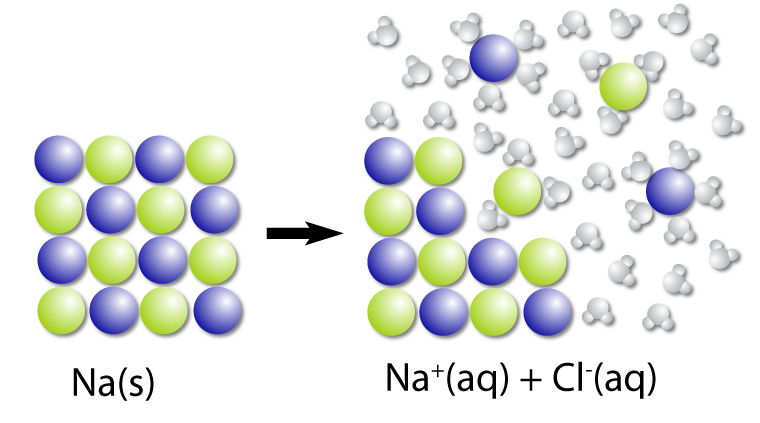 Dissociation is the breaking down of a compound into elements

The word dissociate and disassociate have similar meaning – to remove from being connected.
When a compound dissociates, the bonds are broken.

The dissociation of NaCl can be written as:

Glucose is a covalent compound. When dissolved in water, it does not dissociate. The molecules are separated in water – they move further apart but no bonds are broken. Each glucose molecule remains as a whole unit in water.