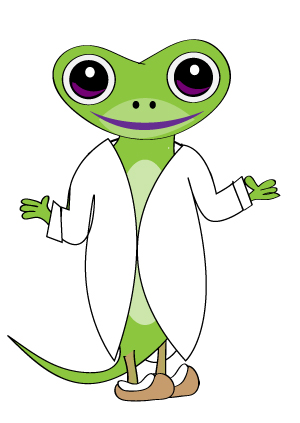 In addition polymerization, all the original atoms present used for making the polymers are retained in the end product.

How to convert monomers to polymers? 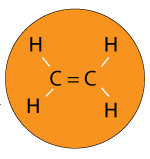 Imagine you have a polymer called Ethylene.

Ethylene is a single molecule with the formula CH2H4.

A double bond is a bond between two atoms sharing two pair of electrons.

To form a polymer of molecules, the double carbon to carbon bonds are broken to become single bonds.

Another important aspect is the open bonds at both ends of the polymer to allow for more linking of molecules.

And don’t forget the catalyst which contributes to the process but does not need to be shown in the equation.

The catalyst helps to speed up the reaction but itself does not undergo any chemical change.

Start with the structural drawing of the monomer 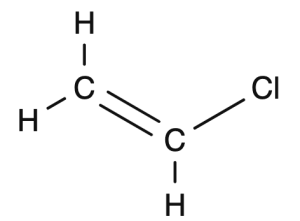 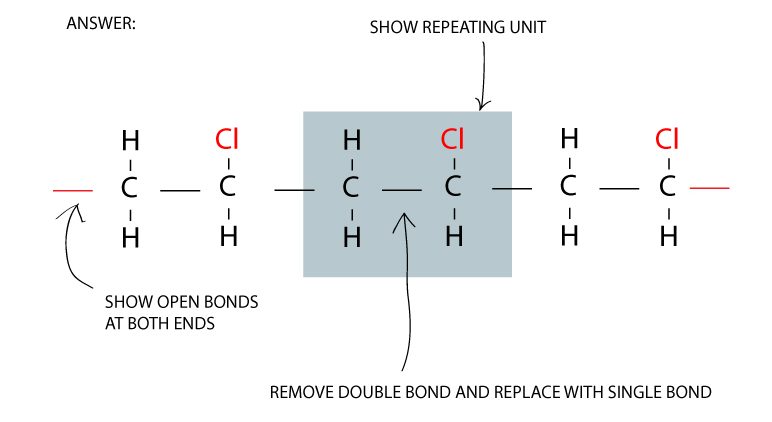 Start with the structural drawing of the monomer 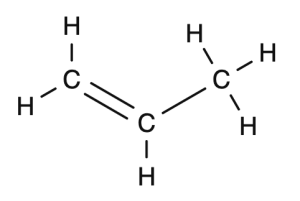 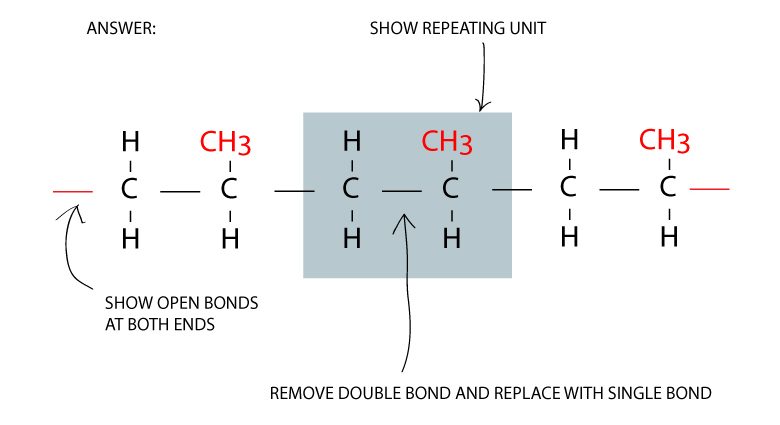 You can construct a polymer structure from a monomer from the following steps: