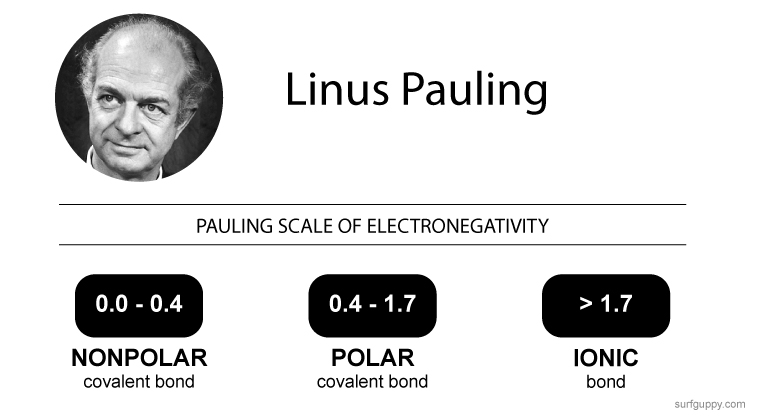 Bond scale varies slightly from textbook to textbook but the Pauling scale is the most commonly used.

Why electronegativity difference greater than 1.7 are ionic bonds?

Each atom has a tendency to attract electrons to itself.

When the difference in two atom’s electronegativity is very large, then one atom’s pull is very strong in comparison to the other.

This results in the transfer of electrons. IONIC BONDS are formed when electrons are transferred.

One thought on “Electronegativity Bond Scale”