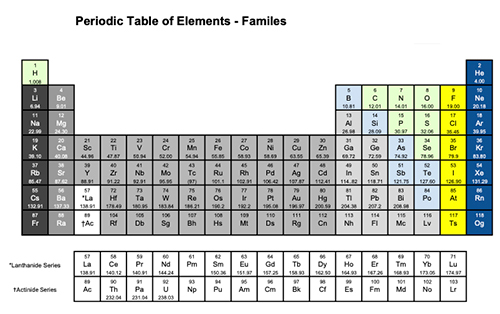 Today, we are going to learn about how the periodic table is organized and the important information that it provides.

Scientists discovered that if they arranged the elements according to their atomic number, properties of the elements would occur in a regular and repeating pattern.

This pattern is known as the periodic trends.

Before we delve into the periodic trends, let’s familiarize ourselves with a few new terms. 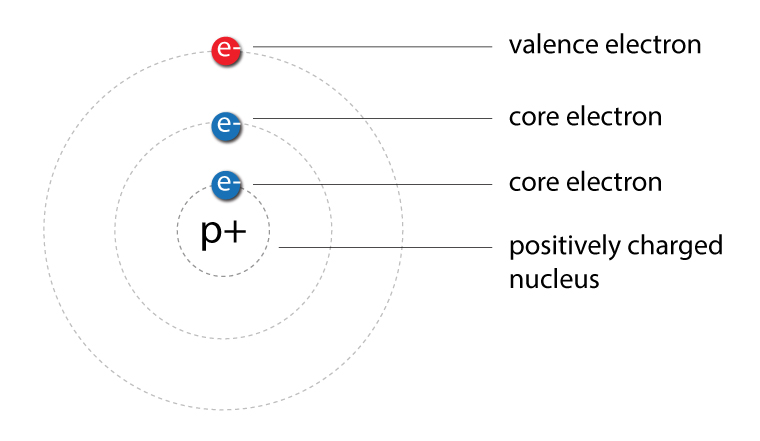 Valence electrons are those electrons found in the outermost shell of an atom.

When two atoms form a bond, a pair of electrons is involved. These electrons are called bonding electrons.

Depending on which atom has a stronger pull, the pair of bonding electrons will move closer to that atom.

The major trends on the periodic table include:

The atomic radius of atoms generally decreases
from left to right across a period. 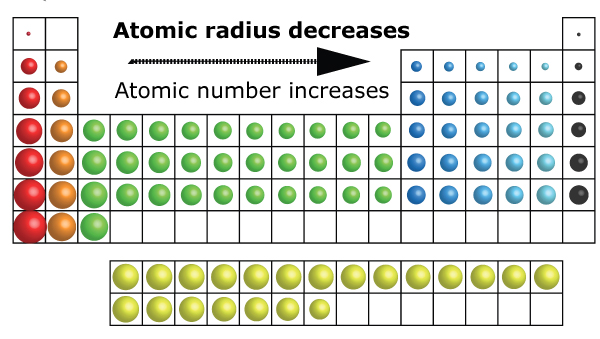 Going down the group, a different trend unfolds. As the atomic number increases, the atomic radius also increases.

Due to the electron repulsion, the attractive forces of the nucleus is reduced. This is called the “shielding” effect.

“Effective nuclear charge” is a term used to describe the reduced charge felt by an electron due to shielding.

In general, due to more energy levels, atomic radius increases down a group in the periodic table.